Leah and Mike describe Fair Game, update on things that have happened since the end of the Aftermath Series and what will be covered in future episodes.

Hubbard’s policy dictating how scientologists are to treat those declared “SP”. 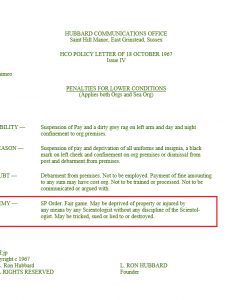 The “cancellation” is the use of the term because it causes “bad public relations” but NO CHANGE in how enemies are to be treated. 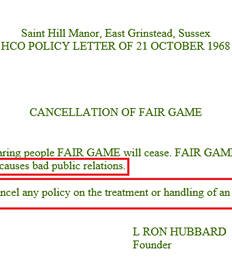 Hubbard directing the use of process R2-45 (shooting in the head with a .45 caliber revolver) on Suppressive Persons (SP’s). These people are “enemies of mankind, the planet and all life.” 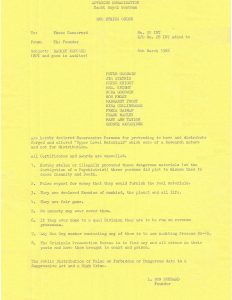 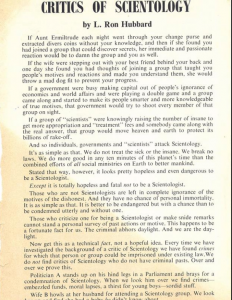 Hubbard says: “Act completely confident that those crimes exist. Because they do.” 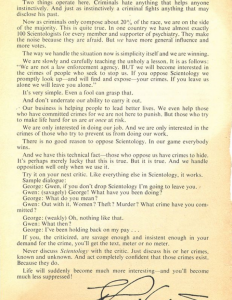