This week we are joined by Leah’s mother, Vicki, to discuss the OT levels. Vicki achieved the very pinnacle of scientology auditing, doing OT VIII on the scientology cruise ship Freewinds. We talk about the earlier OT levels and our experiences on them and then Vicki’s recollections of OT VIII. Suffice to say, it was underwhelming.

The highest levels of scientology’s “Bridge to Total Freedom” 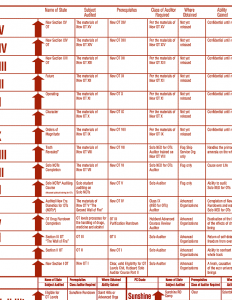 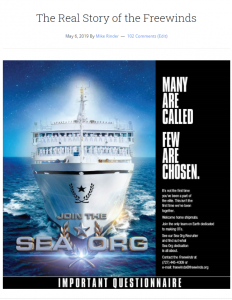 Most of the early OT levels are in Hubbard’s distinctive handwriting. There can be no mistaking the authenticity of these materials when they are in his own hand… 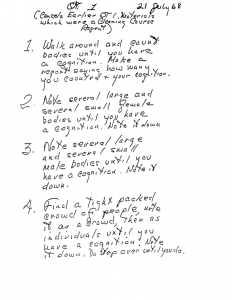 There are literally hundreds of pages of “dichotomies” like the example pages here. You read through these and note the reactions of the E-Meter: 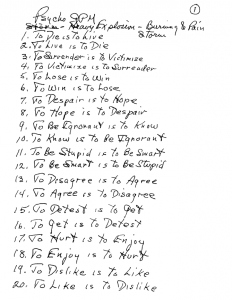 Now we get to the great “breakthrough” Hubbard called the “Wall of Fire.”

He announced it to the world in “Ron’s Journal 67” 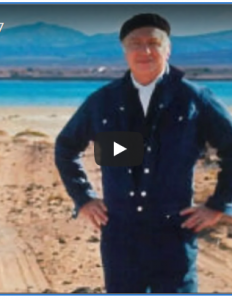 If you have seen Going Clear or watched the South Park episode “Trapped in the Closet” you will recognize this material.

The first page gives the big picture of the story and identifies Xenu: 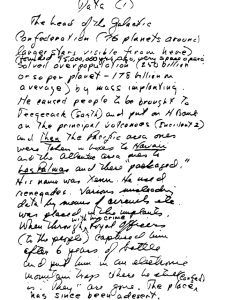 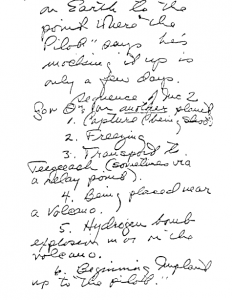 Hubbard’s list of volcanoes where the thetans were blown up with hydrogen bombs. Many of these did not exist 75 million years ago. Lots of spelling errors and inconsistencies — it’s like the list consists of ones he could remember (Mt. Ranier etc) and then huge generalities (Andes, Himalayas) and then “Tangier” and “Canada”… 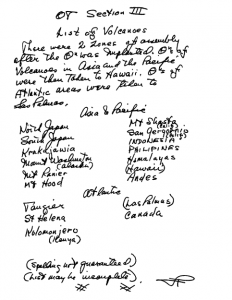 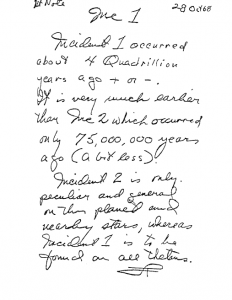 This is the first issue which describes what NOT’s does for you — makes you “CAUSE OVER LIFE.”

The procedure for handling Body Thetans (BT’s) on NOTs is MUCH simpler than on OT III. Same BT’s, but now instead of Incident 2 you just ask them “What are you?” and then “Who are you?” 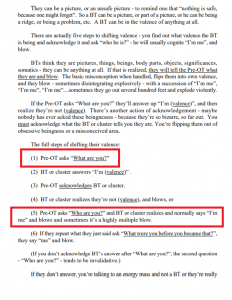 This is how NOTs supposedly solves the problem of cancer and other physical problems. It’s caused by BT’s… 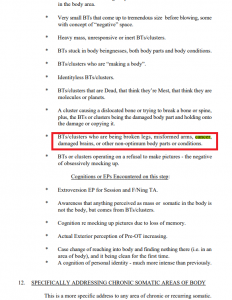