We talk to Aaron Saidman, co-founder of production company (IPC) that was brave enough to bring The Aftermath to air. Tune in for some behind-the-scenes insight into the making of the program, how it came about, the impact it had and how the people involved dealt with scientology and their Fair Game tactics.

Aaron Saidma (far right) and his producing partner and co-founder of IPC, Eli Holzman (far left).  The tall man in the middle is Matthew Belloni, then Editor of the Hollywood Reporter 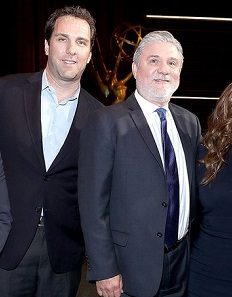